“Being a father has transformed me, it has shown me a love I never new existed.” ~ Jason Collee (your second cousin and arguably one of the world’s greatest Dads)

Today while chasing the waves that hit the shore, we were approached by a man named Xavier (have-yay) who was “drawn to you” by more than just your utter cuteness. After inquiring about and praising us for our four month overland journey from Honduras to Mexico, he looked me straight in the eye and asked, “what is education?” This threw me off guard. At this point he did not know I was a teacher and, contemplating my upcoming return to the classroom, that I was questioning my role as an educator of youth in an outdated system of schooling – especially when I have witnessed more authentic environments for learning like summer camp and travel. I was unable to articulate a decent response but he assured me that most people have difficulty defining education, especially teachers. Again, he looked at me straight in the eye and said, “Education comes from the root ēdūcō which means to lead, to draw out from within and to raise up.” While you and your mom continued to play in the sand and waves, Xavier added, “Schools typically only try to bring what is outside and put it in and this is great for the right side of the brain. But a real education is finding what is within and bringing it out, this is training for the left.” I was not surprised when he told me he is an artist, that his daughter is a conductor for the Brisbane Philharmonic Orchestra in Australia, and that his son and daughter-in-law are in a touring rock band and are bringing their newborn along for the ride.

As you walked, stumbled, splashed and crawled, Xavier continued, “My best advice to you as a parent is to discover your child’s passion, then work to bring it out.” Our good friends Tjalling and Liesbeth have also raised two amazing sons and they gave us the exact same advice. Asher, it is interesting that when we speak of parenting, we use the words “raising a child” which is also part of the goal of education. To raise up, to bring out from within. Hearing those words on that sunny, cloudless day on the beach, really had me reflecting on my duties as an educator and parent. Parents and educators are not merely transmitters of knowledge, for if that was the case, YouTube would win parent and teacher of the year. We are leaders and part of our job is to inspire. 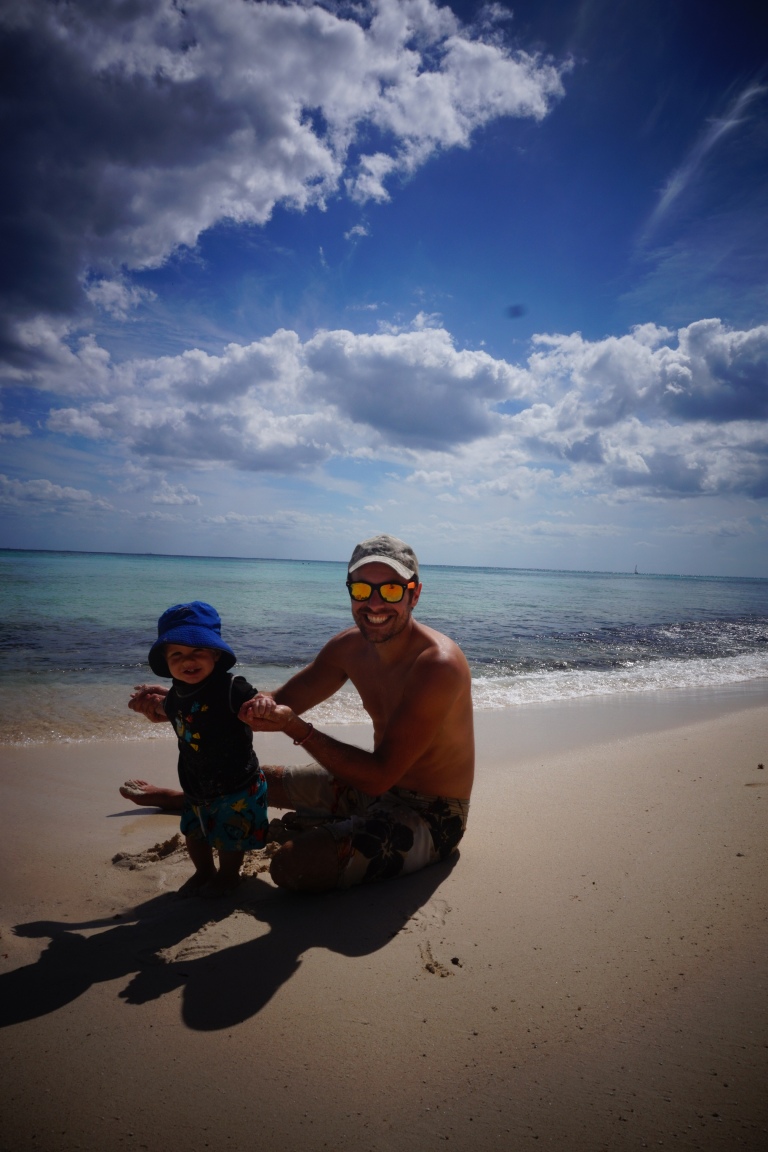 Before Xavier left us on the beach, he said, “You have a special boy there, I was drawn to him.” And when I told him about how we provide opportunities for inner city high school youth to practice their art at the camp and how I was happy that we met, he looked me straight in the eye and said, “Synchronicity is not a coincidence.”

Asher, my inquisitive and curious boy, you remind me each day that parenting and teaching is a two way street. Every single day, you make new discoveries and make new connections and as I watch you, I am transformed as well. In the broader sense, this is what shapes culture and within our sphere, it is what shapes our family. Asher, each morning when you see me and then smile from ear to ear, you raise me up and each day you bring out from within a love I never knew existed.

5 thoughts on “What is Education?”