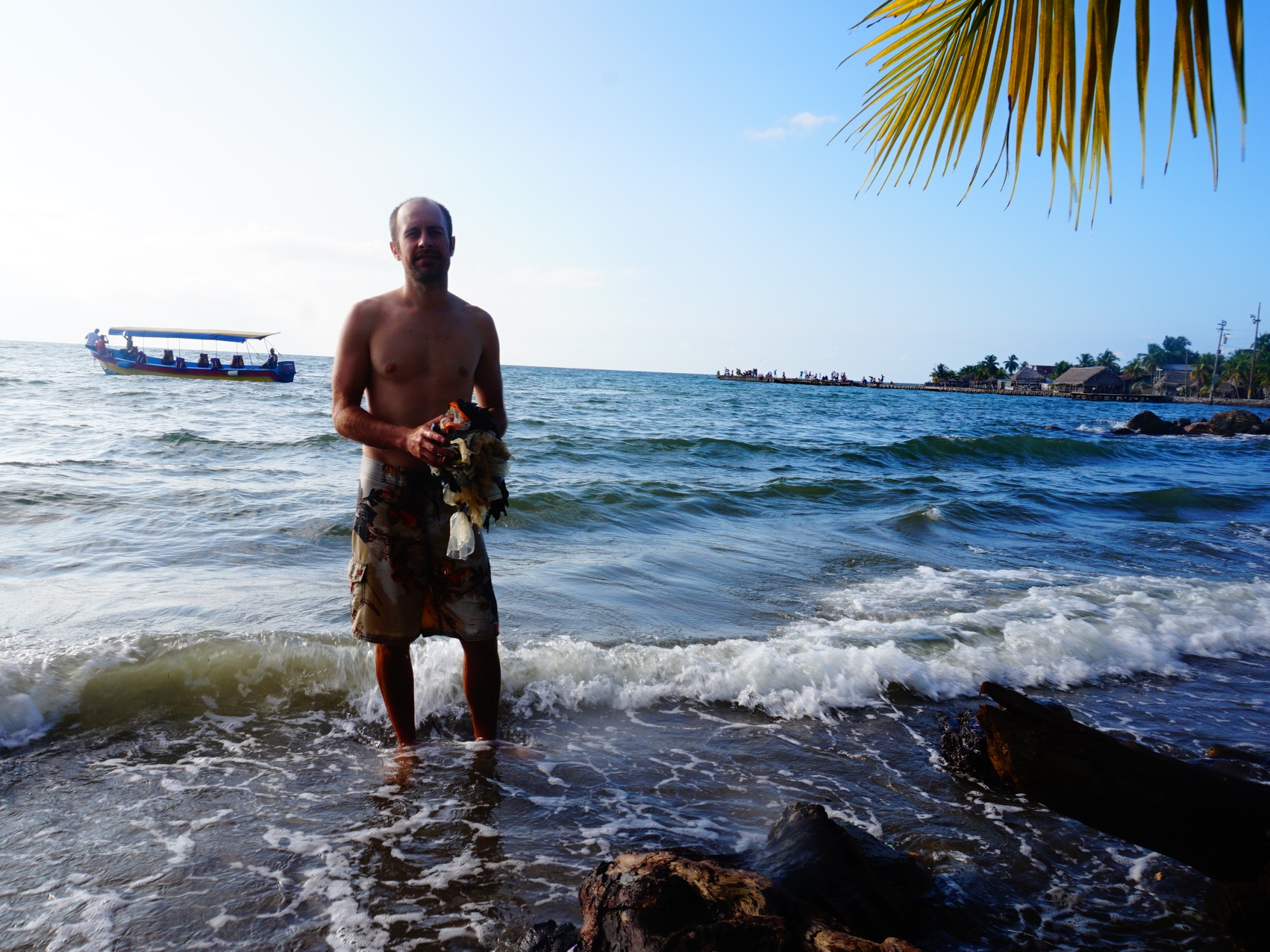 I once saw an episode of a show called Bullshit where the hosts picked apart common beliefs to reveal an unknown “truth.” The episode on garbage and recycling has always stuck with me since the hosts argued that we do not have a garbage problem and that recycling is a waste of time and money.

The thought of traveling to a foreign land often brings romantic images of pristine natural spaces and exotic untamed wilderness, unspoiled by human development. Though our photos sometimes capture this, the reality is that there are few places on earth where the heavy human ecological footprint has not trampled. Whether 5000m up in the Himalaya or on Caribbean shores, garbage is the Inukshuk of the modern human.

One does not have to spend a lot of time near an ocean shore to see that our garbage problem is real, and Omoa beach in Honduras is our ocean screaming for us to wake up. Tucked away in a nice bay, the calm waters of Omoa were once pristine and begged for swimmers. Now it is a liquid landfill. Much of the trash is from the locals who have had no moral education on littering but still a lot of the plastic has been washed up from long transoceanic journeys. As we stared at the floating bags, bottles and “disposable” cutlery, we wondered how much of the world they have seen, who consumed them, who used them once and then threw them away. Asher, if someone ever tries to tell you that there is no garbage problem and that recycling is a waste of time and energy, please show them photos from our trip. But if a thousand words are not enough, share some statistics as well.

The Great Pacific Garbage Patch is where several ocean currents meet and since plastic debris floats, there is a vortex of pelagic plastics and chemical sludge over 700,000km2. Sure the old out of sight, out of mind adage may suffice for many but just because you can’t see the problem does not mean you are immune from the consequences. Many of the oceanic toxins are consumed by marine life and then passed on to the human dinner plate. Tilapia anyone? Even if environmental and health factors are not a concern, recycling makes economic sense. When extracting raw materials from recycled products, it takes far less energy than from the earth – 96% less energy for aluminum, 76% less energy for plastic and 46% less energy for paper. There is a reason why China, the land of dwindling raw materials, is buying barges of recyclable “waste” from other countries. Because there is value in much of our waste. 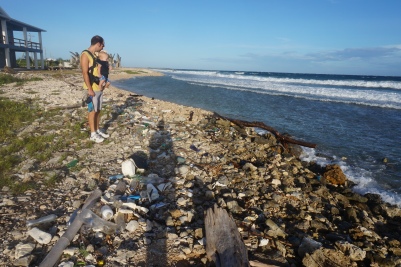 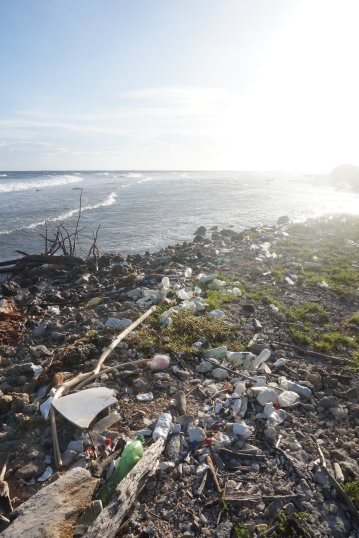 Asher, the ultimate issue comes down to everyday consumption. As travelers, we are guests in another country and ought to have the same consumption standards as we would in our own home. On the island of Utila for example, there is a serious garbage problem. Barges full of consumables are brought to the island everyday, but where does it all go? It is either left on the ground, thrown back into the ocean or it is burned. And yet, backpackers buy bottled water like it is going out of style. We opted for the refillable 5 gallon jugs because it created nearly 0 waste and was about 200% cheaper. We saw the same problem with trekkers in the Himalaya where trash never decomposes. Our decision to use cloth diapers was further reaffirmed when we walked along the Omoa beach and came across several dirty disposable diapers. Traveling with a small trash trail requires an environmental ethic and a consumption mindfulness.

Asher, the only thing that is bullshit about the garbage problem is that it prevented you, our water baby, from swimming in the Omoa bay, and the real truth is that there is much that we can do every day to make a difference.

3 thoughts on “The Truth About Trash”